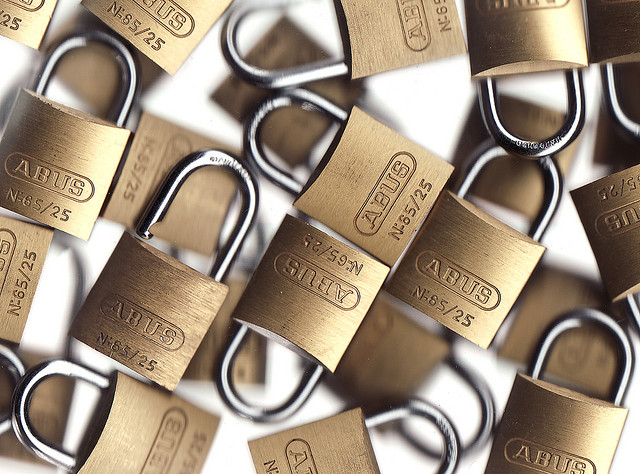 Recently I was working on securing ASP.NET Web API HTTP service that will be consumed by a large number of terminal devices installed securely in different physical locations, the main requirement was to authenticate calls originating from those terminal devices to the HTTP service and not worry about the users who are using it. So first thing came to my mind is to use one of the OAuth 2.0 flows which is Resource Owner Password Credentials Flow, but this flow doesn’t fit nicely in my case because the bearer access tokens issued should have expiry time as well they are non revocable by default, so issuing an access token with very long expiry time (i.e one year) is not the right way to do it.

After searching for couple of hours I found out that the right and maybe little bit complex way to implement this is to use HMAC Authentication (Hash-based Message Authentication Code).

What is HMAC Authentication?

It is a mechanism for calculating a message authentication code using a hash function in combination with a shared secret key between the two parties involved in sending and receiving the data (Front-end client and Back-end HTTP service) . The main use for HMAC to verify the integrity, authenticity, and the identity of the message sender.

So in simpler words the server provides the client with a public APP Id and shared secret key (API Key – shared only between server and client), this process happens only the first time when the client registers with the server.

After the client and server agrees on the API Key, the client creates a unique HMAC (hash) representing the request originated from it to the server. It does this by combining the request data and usually it will contain (Public APP Id, request URI, request content, HTTP method, time stamp, and nonce) in order to produce a unique hash by using the API Key. Then the client sends that hash to the server, along with all information it was going to send already in the request.

Note: First of all the server should provide the client with a public (APP Id) and shared private secret (API Key), the client responsibility is to store the API Key securely and never share it with other parties.

Flow on the client side:

Flow on the server side:

Sounds complicated? Right? Let’s jump to the implementation to make this clear.

I’ll start by showing how to generate APP Id and strong 265 bits key which will act as our API Key, this usually will be done on the server and provided to the client using a secure mechanism (Secure admin server portal). There is nice post here explains why generating APP Ids and API Keys is more secure than issuing username and password.

As I stated before this should be done on the server and provided to the client prior the actual use, we’ll use symmetric key cryptographic algorithm to issue 256 bit key, the code will be as the below:

And for the APP Id you can generate a GUID, so for this tutorial let’s assume that our APPId is: 4d53bce03ec34c0a911182d4c228ee6c  and our APIKey generated is:  A93reRTUJHsCuQSHR+L3GxqOJyDmQpCgps102ciuabc= and assume that our client application has received those 2 pieces of information using a secure channel.

Step 2: Add POCO Model
We’ll issue HTTP POST request in order to demonstrate how we can include the request body in the signature, so we’ll add simple model named “Order”, add new class named “Order” and paste the code below:

Step 3: Call the back-end API using HTTPClient
Now we’ll use the HTTPClient library installed earlier to issue HTTP POST request to the API we’ll build in the next section, so open file “Program.cs” and paste the code below:

What we implemented here is basic, we just issuing HTTP POST to the end point “/api/orders” including serialized order object, this end point is protected using HMAC Authentication (More about this later in post), and if the response status returned is 200 OK, then we are printing the response returned.

What worth nothing here that I’m using a custom delegation handler named “CustomDelegatingHandler”. This handler will help us to intercept the request before sending it so we can do the signing process and creating the signature there.

Step 4: Implement the HTTPClient Custom Handler
HTTPClient allows us to create custom message handler which get created and added to the request message handlers chain, the nice thing here that this handler will allow us to write out custom logic (logic needed to build the hash and set in the Authorization header before firing the request to the back-end API), so in the same file “Program.cs” add new class named “CustomDelegatingHandler” and paste the code below:

What we’ve implemented above is the following:

We are done of the client part, now let’s move to building the Web API which will be protected using HMAC Authentication.

Step 1: Add the Web API Project
Add new Web application project named “HMACAuthentication.WebApi” to our existing solution “WebApiHMACAuthentication”, the template for the API will be as the image below (Web API core dependency checked) or you can use OWIN as we did in previous tutorials: 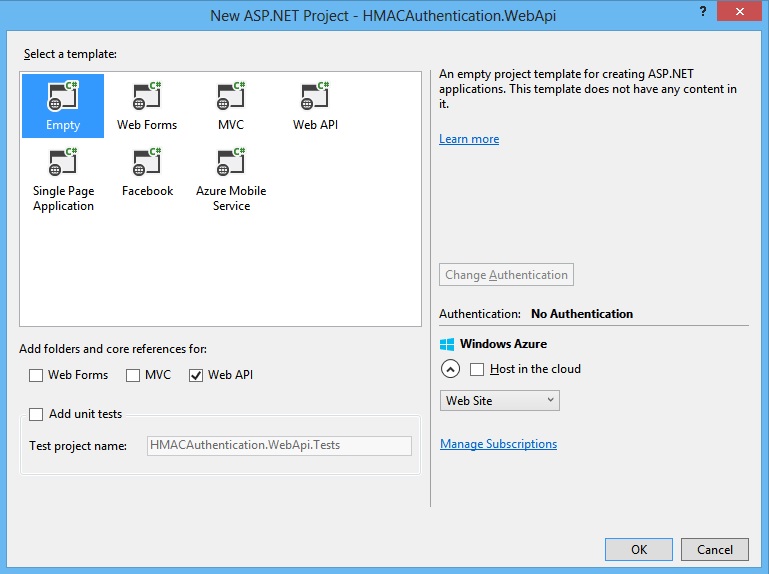 Step 3: Build the HMAC Authentication Filter
We’ll add all our logic responsible for re-generating the signature on the Web API and comparing it with signature received by the client in an Authentication Filter. The authentication filter is available in Web API 2 and it should be used for any authentication purposes, in our case we will use this filter to write our custom logic which validates the authenticity of the signature received by the client. The nice thing about this filter that it run before any other filters especially the authorization filter, I’ll borrow the image below from a great article about ASP.NET Web API Security Filters by Badrinarayanan Lakshmiraghavan to give you better understanding on where the authentication filter resides. 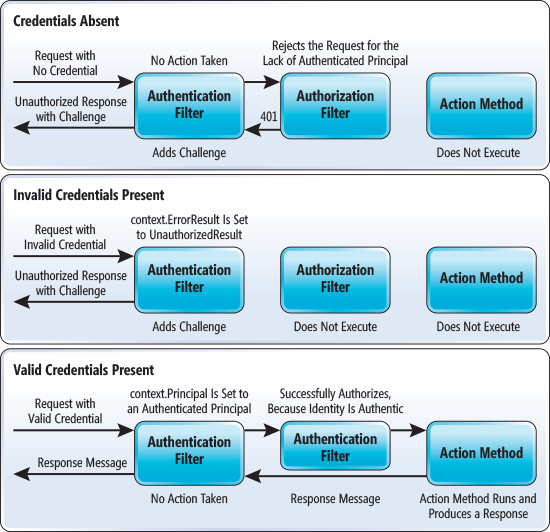 Basically what we’ve implemented is the following:

What we’ve implemented here is the below:

Step 5: Secure the API End Points:
Final thing to do here is to attribute the protected end points or controllers with this new authentication filter attribute, so open controller “Orders” and add the attribute “HMACAuthentication” as the code below:

That’s all for now folks! Please drop me a comment if you have better way implementing this or you spotted something that could be done in a better way.